From The Boston Blues Society 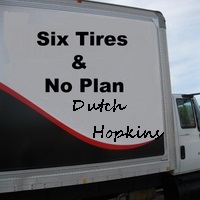 Check out the new release CD and download single, SIX TIRES & NO PLAN, by Dutch Hopkins, the latest artist to join up with Bluestorm Records. The song is dedicated to the career and success of Bruce Halle, founder and CEO of the national tire chain, Discount Tire. Click on DUTCH HOPKINS at the top of this page.