Shawn Poole‎ to The Wild & The Innocent with Jim Rotolo
February 11 at 1:29 AM

THE MAN’S JUST BOPPIN’ THE BLUES: Today is National Get Out Your Guitar Day here in the U.S. Not a bad day for such a celebration, especially since this day also marks the births of folk/blues guitarist-singer-songwriter-activist Josh White, Rock and Roll Hall of Famer Gene Vincent, and modern-day guitar-slinger Sheryl Crow.

It’s a perfect day, as well, to inform y’all about a unique guitar-slinging buddy of mine named Roger “Hurricane” Wilson, if you don’t happen to know about him already. Roger is a fellow longtime Springsteen fan who also is a musician himself, performing and teaching in the grand blues tradition. He spent his childhood years in New Jersey and much of his teenage years in Georgia, with summertime returns to the Garden State. The first time he saw Bruce Springsteen perform was in 1971, when Dr. Zoom and the Sonic Boom opened for The Allman Brothers at The Sunshine In. You can read Roger’s personal account of the experience and its lasting impact here:

That account is actually an earlier drafted version of what later became a chapter in his memoir HURRICANE, which can be purchased here:

Both Springsteen and the Allmans were major influences on Roger’s decision to pursue a musical career of his own, as well as on the kind of music he would play. For over four decades now, Roger Wilson has played and taught blues guitar. He’s shared stages with legends like B.B. King, Buddy Guy, Jorma Kaukonen and Charlie Musselwhite. The late, great Les Paul once said of Roger, “This guy plays some great blues.”

One of the coolest things about Roger is that he has found a way to record, perform and share with the world whatever music he chooses, whenever he wants to do it. He controls his own online-based record-label, Bluestorm Records, and issues his own home-recorded albums and singles at a steady, prolific clip. He’s not beholden to anyone else but himself in regards to what he wants to say or play and when he wants to do it. In a line of work that’s changed so much during his lifetime, he’s managed to remain a professional, working musician and a productive artist while maintaining a stable, happy home in Georgia with his family. It may not be international pop-superstar success, but it is success nevertheless for someone like Roger who loves, lives and breathes music every day.

My hands-down favorite from this ten-track set is his version of “Gypsy Biker,” but it is on his latest full-length release, I DID WHAT I WANTED TO,

where I think Roger gets to display fully all of his skills as a guitarist, singer, and songwriter. He wrote ten of the twelve songs on this set, including the title track, which sums up his life and the outlook he continues to maintain, now that he’s well into his sixties. Lots of tasty, bluesy guitar work here, too, and a great cover of “Food, Phone, Gas & Lodging,” originally recorded by the undeservedly obscure 1970s Southern-rock band Eric Quincy Tate, another major influence on Roger’s own music. (“I knew them since I was 16. They played my senior-prom in ’72. There’s a whole chapter on them in my book,” he recently informed me.)

One of his latest digital singles, released just last month, is “OK Millennial,”

his crusty, cranky, and at least somewhat tongue-in-cheek response to the whole “OK Boomer” thing. To me, as a Gen-X’er caught in the middle of this particular divide, it feels a little too mean-spirited and reverse-ageist for my tastes, but to each… (and as I noted above, one of Roger’s most admirable qualities is his unabashed usage of the freedom to speak his mind.) On the other hand, I LOVE, LOVE, LOVE the other digital single he released in late January: a beautiful cover of Gordon Lightfoot’s classic “The Wreck Of The Edmund Fitzgerald,”

Since 2003, Roger also has been delivering his “Blues In The Schools” presentations in schools, colleges, libraries, community centers and music festivals across the country. He regularly reaches and engages many young minds with an entertaining history of the blues combined with his own musical performances. In 2015, Roger was inducted into the Oklahoma Blues Hall of Fame in recognition of his “Blues In The Schools” work in that state. His more recent encounters with Steve Van Zandt and the experience of attending several of the TeachRock.org workshops held on Little Steven’s tours with the Disciples of Soul have helped to revitalize and enhance Roger’s school presentations, as can be seen in the attached photos. You can read more about Roger’s “Blues In The Schools” program here:

To learn more about and keep up with Roger Wilson’s many ongoing projects, his live-performance schedule, his many other released recordings and/or how to get “Blues In The Schools” at your school or community center, visit HurricaneWilson.com. Oh, and one other thing I know for sure – whenever and wherever my pal Roger Wilson is, it’s ALWAYS National Get Out Your Guitar Day. 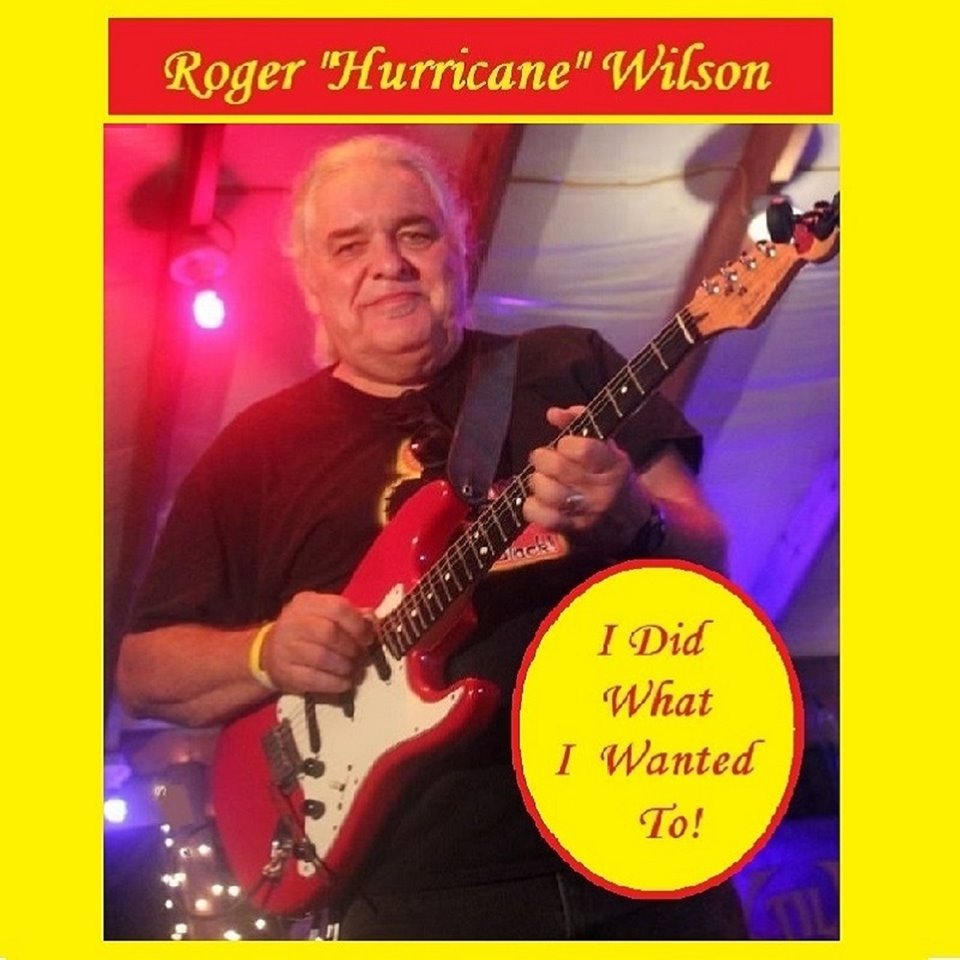 After fifty years as a professional musician, singer and guitar player Roger “Hurricane” Wilson releases his album number 25, “I Did What I Wanted To!”. The title tells everything about his attitude in front of the music world. The opinion of people or media has never been a decisive one to choose, perform and record the extensive repertoire he has performed over the years. He always selects the music he feels at that particular moment and his faithful audience and followers have understood his attitude and they have always made him know, so he has not need to change his attitude to play the music he feels in every show or recording. All this has allowed him to create and develop a particular style and put his own stamp into the complex blues world. The album includes twelve songs that are a mixture of blues rock, some finger guitar picking and a passionate composition, which clearly show Roger’s passion for blues and honest attitude, which has made him reach a well-deserved reputation thanks to his endless work, that has allowed him to tour all over the world, as well as share stage with such great artists like B.B. King, Buddy Guy, Stevie Ray Vaughn, Little Milton, Hubert Sumlin, Charlie Musselwhite or Taj Mahal among others. VERY GOOD. Click Here To Purchase

I Did What I Wanted To

Purchase the CD, I DID WHAT I WANTED TO, here:

You can shop for music at:
www.HurricaneWilson.com (Visit Here and Get A FREE MP3)
www.BluestormRecords.com

Check out the $300.00+ Value for $150.00. with SHIPPING INCLUDED!
The Roger “Hurricane” Wilson & Bluestorm Records Christmas Packet
Includes 20 CD’s (19 CD’s & 1 CD download card, guitar picks plus the book, HURRICANE.)
It is available on Ebay at seller RWILSON679 as well as the direct purchase link at www.BluestormRecords.com.
There is no better music deal anywhere!

Merry Christmas & Happy Holidays To All!

To Celebrate the 15th Anniversary of the CD, PASTIME, I Want To Send You A Free Autographed Copy.
It was my first acoustic CD, released in 2002. All you do is pay $3.00 postage.
Regular price everywhere else is at least $15.00

Thanks For Your Support

TWO MORE CD’s ADDED!! The Roger “Hurricane” Wilson & Bluestorm Records Christmas Packet is now the  The Roger “Hurricane” Wilson & Bluestorm Records  2017 Packet and is available on Ebay and www.BluestormRecords.com
NOTE THAT THE NEW CD, LIVE AT THE BLUE NOTE GRILL & LIVE AT THE KEY PALACE THEATER NOW INCLUDED FOR THE SAME PRICE.

Check out the direct purchase link at: http://bluestormrecords.com/

The Amazing Impact of Bruce Springsteen: On Me & The World

Check out a sneak peek of Chapter 9 of my book, currently a work in progress.
http://hurricanewilson.com/the-amazing-impact-of-bruce-springsteen-on-me-the-world/

We hope to see many friends at our shows at Callahan’s in Auburn Hills, MI on March 28, and at The Strand Concert Theater in Fremont, OH on March 29. You can get the Live  CD of Roger & Steve recorded in GA & CA below. 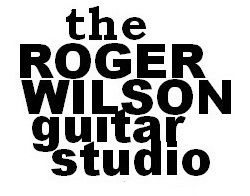 The mission of the Roger Wilson Guitar Studio that was established in Atlanta in 1973 has now taken to the cloud. I am now offering guitar instruction worldwide via Skype. Check out the link below.